Warning: "continue" targeting switch is equivalent to "break". Did you mean to use "continue 2"? in /home/powers21/public_html/wp-content/plugins/jetpack/_inc/lib/class.media-summary.php on line 87
 There is No War on Christmas | Chris Powers
About me 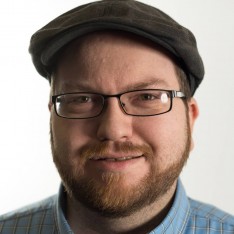 There is No War on Christmas 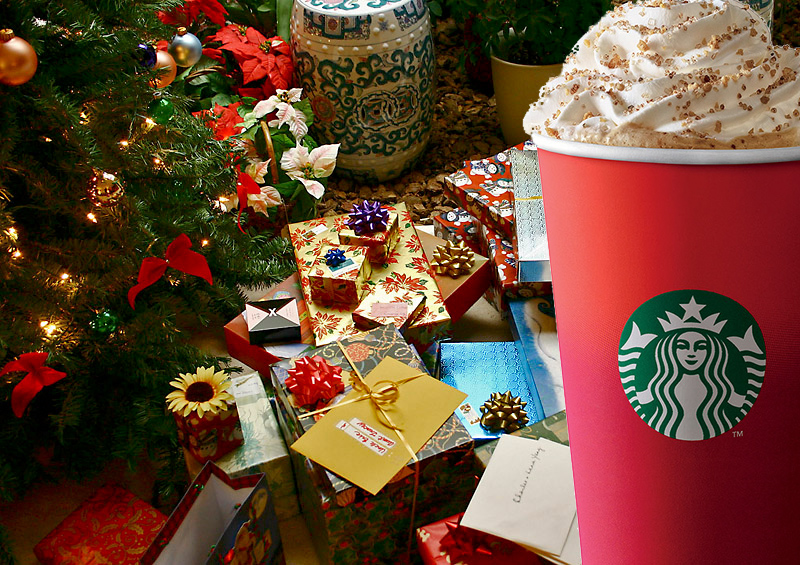 We are currently smack dab in the middle of the holiday season and that means the War on Christmas has reignited.

For the uninitiated, the War on Christmas is the notion that Christmas is under attack by “secular progressives” who want to take the Christ out of Christmas by using more inclusive terms like “holiday season” or having “holiday parties” or simply wishing others “Happy Holidays” instead of “Merry Christmas.”

The War on Christmas machine was dialed up to 11 for the first time this year when self-described “evangelist, internet and social media personality” Joshua Feuerstein posted a video complaining about Starbucks’ new plain red minimalist holiday cups. He argued that by removing the typical seasonal designs, the coffee giant was somehow attacking Christmas and, by extension, Christians.

The outrage really started building steam when media outlets picked up the trend from social media and began reporting on it. Fox News was the first large, national media outlet to report on Feuerstein’s video.

This shouldn’t surprise anyone who has followed the War on Christmas coverage over the years. It has been nearly 11 years since Fox News host Bill O’Reilly first planted the seed that Christmas was “under siege.”

“All over the country, Christmas is taking flak,” O’Reilly told his viewers Dec. 7, 2004, using an appropriately military turn of phrase. “In Denver this past weekend, no religious floats were permitted in the ‘holiday parade’ there. In New York City, Mayor [Michael] Bloomberg unveiled the ‘holiday tree,’ and no Christian Christmas symbols are allowed in the public schools. Federated Department Stores – that’s Macy’s – have done away with the Christmas greeting ‘Merry Christmas.’”

Since then, Fox News and other like-minded outlets have perpetuated this myth that Christians are becoming a persecuted minority and Christmas is in crisis. Nevermind that more than two-thirds of Americans identify as Christian and roughly 90 percent of all Americans, regardless of religious affiliation, celebrate Christmas.

In many ways, it is a symptom of media’s bias towards sensationalism and hyperbole. To fill the 24-hour news cycle, cable news will declare that one group is waging war on another despite actual shooting wars around the world. For instance, Republicans are waging a war on women, the government has a war on drugs and even a war on poverty.

Of course, O’Reilly and his supporters aren’t the first to fear the end of Christmas as they know it. The 1965 holiday classic “A Charlie Brown Christmas” has the Peanuts gang trying to figure out the true meaning of the season and features Linus quoting the Gospel of Luke’s nativity scene followed by, “And that’s what Christmas is all about, Charlie Brown.”

In 1959, the far-right John Birch Society published propaganda that blamed “UN fanatics” for taking the Christ out of Christmas.

In the 1920’s, an anti-semitic article in “The International Jew: The World’s Foremost Problem,” stated that Jews were blamed for the lack of “Christmas cards that indicated in any way that Christmas commemorated Someone’s Birth.”

In reality, Christmas is a multi-billion dollar industry. The National Retail Federation projects that sales will top $630 billion this year, accounting for approximately 19 percent of annual spending. With that type of money at stake, Christmas isn’t going anywhere.

Even in recession years, Christmas shopping often fuels our economy. Retailers live or die by their fourth quarter sales figures.

Some of the blame lies on wanting to be more precise. Christmas still, technically, comes just once a year. To wish people a “Merry Christmas” for the entire holiday shopping season can feel like it’s gone overboard, especially when that season begins immediately after Halloween.

Those who are blaming the “Happy Holidays” crowd for perpetuating a War on Christmas typically cite freedom of religion as the reason they are upset. They feel that their constitutionally mandated religious freedom is being violated by others not using their preferred vocabulary.

By criticizing the more inclusive language used by their adversaries, pro-Christmas warriors forget that part of religious freedom is freedom from religion.

Christmas isn’t going anywhere. Sure, the holiday has become a secular holiday in addition to a holy day, but that’s nothing new.

By most accounts, Jesus was born in the spring much closer to when we celebrate Easter, which is why there were shepherds tending their flocks. Early Christians decided to celebrate it near the winter solstice and other non-Christian holidays in order to convert pagans and other non-believers. They wanted others to feel included.

These non-Christian holidays are yet another reason for the more inclusive holiday language. While the vast majority of Americans do celebrate Christmas, they may celebrate other holidays as well. Isn’t including them the Christian thing to do?

Language evolves. It changes and grows with every generation. The same is true of traditions. Christmas traditions aren’t the ancient things many believe them to be. Many of them only date back to the 19th century. Of course, those are all the secular trappings.

Let’s all take a step back and breathe. What’s in a name? To get upset over holiday parties and winter breaks is childish.

Christians like to talk about their personal relationship with Jesus. If that relationship is so weak that plain red coffee cups and alternative season’s greetings can break it down, then maybe there are other issues.

At the height of the media’s red cup coverage, “Full House” actress and devout Christian Candace Cameron-Bure took to Instagram with the right idea.

“A Santa, a snowflake, some holly, a polar bear, some jingle bells or plain red cup don’t define Christmas for me as a Christian,” Bure wrote. “My relationship with Jesus does. So, I will joyfully sip on my Starbucks coffee, in a plain red cup, and instead of complaining about the lack of decorations, I will lovingly share the good news of Jesus Christ with friends and co-workers or anyone who’s willing to engage in conversation.”

In the end, Red-cup-gate was a mostly manufactured controversy, cared about by very few people, exacerbated by the lightning speed of social media.

Even O’Reilly didn’t care about the cup.

“As the original ‘War on Christmas’ five-star general, I have to say I don’t see any problem with it,” O’Reilly said. “Red is one of the colors of Christmas. Santa’s outfit is red. Rudolph’s nose is red. The cup’s okay with me.”

That doesn’t mean he won’t continue to rally the troops when the holiday tree goes up at the White House.

This story was originally published on The Collegiate Live.